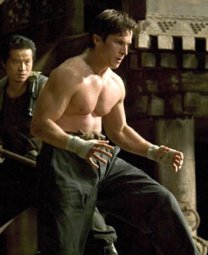 Will Smith, Gerard Butler, Christian Bale, Ryan Reynolds and Robert Downey Junior-five guys who have gotten super buff for movie roles. Will Smith got ripped for Ali and I Robot; Gerard Butler for 300; Christian Bale for Batman Begins; Ryan Reynolds for Blade: Trinity; and Robert Downey Junior for Iron Man. Each one of these guys was in decent shape before he took on the role but none of them was anything special. But when they took their shirts off in these roles looking incredibly ripped, the question came up, “How did they do it? How did these celebrities gain the muscle weight?”

I did some research to find out what these guys did to get into such great shape for their movie roles and found that there were a lot of common elements. The youngest of them (Ryan Reynolds) is 31 and the oldest (Robert Downey Junior) is 43 but every one of them followed the same basic pattern. First of all, every one of them used personal trainers and chefs. Second, they all trained for several hours a day five or six days a week. Third, they followed strict high-protein, low-carbohydrate diets without fail and finally, they were all extremely motivated to pack on lean muscle and reduce their body fat.

Yeah it’s true that these are Hollywood actors who have the resources at their disposal to be able to hire professionals and dedicate four, five or even six hours a day to intense training. But just because us regular guys may not be able to hire our own personal trainers and personal chefs to follow us around all day and keep us in line, doesn’t mean that we can’t get similar results-it just might take a little longer. That’s the good news. The bad news is that there isn’t any easy way to get there. They key ingredient that you must have though is commitment. You have to drive yourself to achieve your goal every day. It requires vigilance and discipline without fail. Their workouts routines varied but all of them contained the same basic elements, with one in particular-no pain, no gain. 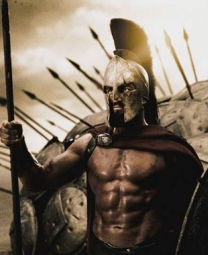 Here’s a rundown of the training routines the actors used to get ripped for their roles.

Will Smith put on 35 pounds of muscle for his role in Ali using a combination of weight training and boxing, working out 6 hours a day, 5 days a week. To get back in shape for I Robot, he stuck to the 5-day workout schedule, training 2 body parts per day and adding in boxing 2 days a week.

Gerard Butler’s extremely brutal regimen (which wound up being called the 300-rep Spartan Workout) included non-stop sets of pull-ups, dead-lifts, push-ups, jump-ups onto a 24-inch box, floor-wipers, single-arm clean-and-presses using a 36-pound kettle bell, all followed up with one last set of pull-ups (25). Plenty of gymnastics-style training rounded out the routine.

Christian Bale relied on intensive cardio workouts along with a demanding routine that included both resistance and weight training. He trained five days a week and did cardio seven days a week. His routines favored volume over heavy weights in order to burn more calories.

Ryan Reynolds started with abs doing 500-1000 sit-ups before training his other muscle groups. He said that it got him motivated. He trained six days a week-one muscle group per day-using heavy weights with fewer reps to bulk up. He was lean to start with so lots of cardio wasn’t part of his regimen.

Robert Downey Junior-the oldest of the group-put on 20 pounds of muscle over five months using a combination of weight lifting (five days a week) combined with an intensive martial arts training and regular cardio. He used a 5-day split routine focusing on one body part per day, training pretty quickly in order to leave plenty of time for the martial arts and the cardio. 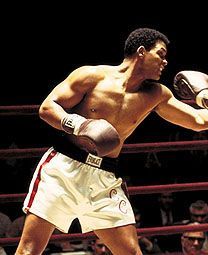 Suffice to say that following a strict, vigilant diet 100% of the time was a huge part of these actors’ success in achieving their fitness goals in a relatively short time. The basic model they all followed was about what you’d expect; 5-6 smaller meals spread throughout the day, lots of lean protein, limited carbs and only healthy unsaturated fats. You need to eat a diet that fuels your muscle growth and repairs the body while you sleep. No pizza. No beer. No late night snacks. Ryan Reynolds says that he didn’t touch any carbs after 8 PM.

Just about any guy can achieve the same results if he really wants to. Here are three strategies that regular guys can use to get on the right track towards achieving that super-buff, ripped body you want.

First, find a workout partner. A recent study published in the Journal of Strength and Conditioning Research found that workout partners can result in increased effort and improved performance.

Second, set reasonable goals, write them down, look at them every day and chart your progress along the way.

Third, write down everything you eat so you can track how many grams of fat, carbohydrates and protein that you’re eating every day.

And most important of all, stay motivated and don’t get discouraged. Getting fit like these guys is just as much mental as it is physical. There’s no getting around the fact that it takes intense training to achieve the Adonis-like bodies that these stars strutted on-screen-it requires hard work and discipline.

Men’s Domain note: This guest article is from Mike Westerdal, who writes a Free Online Weight Training Magazine. Be sure to check out his website Critical Bench