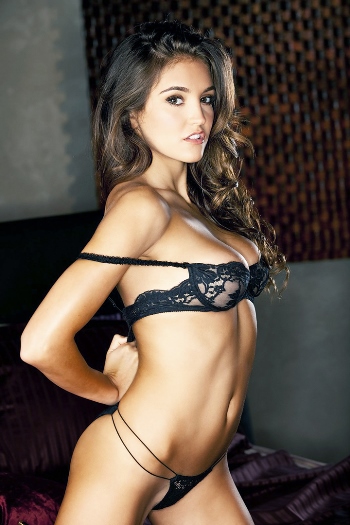 Jaclyn Swedberg has been named Playboy’s 2012 Playmate of the Year last week. “Jaclyn was overcome with emotion and gratitude when giving her speech in front of Hef and her family,” a Playboy rep tells Us Magazine. “All in all, it was fantastic afternoon with family, friends, Playmates and past Playmates of the Year all in attendance.”

Jaclyn was one of the beautiful bunnies that hosted BR5 Correspondents Weston Green and Rollin Herold at the Playboy Golf Finals last month. The Bleacher Report crew spent three days in Los Angeles covering the Playboy Golf Finals, which featured girls from across the world and well-known athletes and celebrities playing a round or two.

Check out Playmate of the year 2011 Claire Sinclair