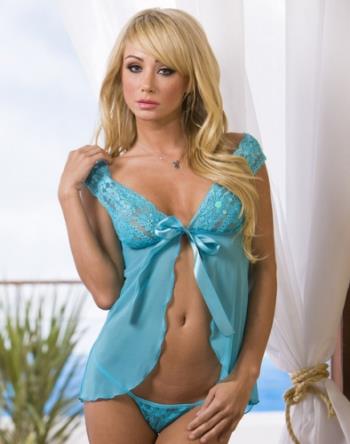 Sara Jean Underwood (born March 26, 1984) is an American model and actress who was chosen as the Playmate of the Month for the July 2006 issue of Playboy magazine and later became Playmate of the Year in 2007.

Underwood was born in Portland, Oregon. She graduated from Scappoose High School in Scappoose, Oregon in 2002. She has been a student at Oregon State University and Portland State University.

Underwood first appeared in Playboy in its Girls of the Pac-10 pictorial in the October 2005 issue. She was featured on the cover, holding a football and clad only in a body painted rendering of an Oregon State Beavers football jersey and matching bikini briefs. She next appeared in the magazine in July 2006, as the Playmate of the Month. When she became Playmate of the Year in June 2007, her prize included a Mini Cooper convertible.