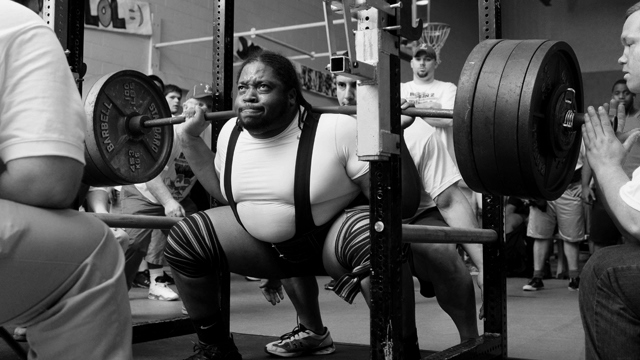 If you’re reading this article it’s likely that you workout with weights. It seems that people that don’t workout think that anyone that has knowledge of nutrition or lifts weights must be a bodybuilder. Personally I compete in powerlifting. Not many people have heard of the sport so they tend to call me a bodybuilder or one of those guys from ESPN which isn’t correct either. If you’re wondering what people in your gym are doing and what you should call them than read on because this article will clear things up.

This is probably the most confusing term and is often used as the catch all phrase to describe people that weight train. This is incorrect though, not all people that train with weights are bodybuilders. A true bodybuilder is someone who competes in the sport of bodybuilding. They are concerned with using weight training, cardio and nutrition to change the way their body looks so that they compete on stage against others. Competitive bodybuilders try to gain muscle size, reduce body fat and develop muscular symmetry and balance. For example a bodybuilder wouldn’t want huge biceps with skinny calves because this will hurt their appearance.

There are also non-competitive bodybuilders. These people have the same goals as competitive bodybuilders they just don’t compete on stage. They too train for appearance by trying to build muscle size and symmetry. Bodybuilding is not easy because the diet aspect is just as hard if not harder than the dedication it takes to work hard at the gym. Some people stereotype bodybuilders and think they don’t lift heavy weighs and aren’t strong. Although muscle strength is not their goal, many bodybuilders train with heavy weights to build size and can be just as strong as strength athletes.

Other people that are working out to lose a little weight, feel better about themselves or tone up a bit are in fact building their bodies but shouldn’t be called bodybuilders.

Specifically they try to get stronger in the Squat, Bench Press and Deadlift which are the three lifts that comprise a powerlifting meet. On meet day powerlifters will be testing their maximal strength. They will lift the most weight they can for a single repetition. Powerlifters do have weight classes so they will need to watch their weight if they are trying to stay in a particular weight class.

When competing in powerlifting the results are pretty obvious. You either lift the weight or you don’t. It’s pretty straight forward. In bodybuilding however a panel of judges will critique your physique and the results or winner will vary based on the scores of the judges.

Typically powerlifters will lift heavier weights with lower repetition ranges. They are strengthening their tendons, bones, ligaments and training their central nervous system to handle heavier and heavier loads. You can’t always judge a book by its cover. Someone who competes in bodybuilding may look very strong and probably are very strong yet a powerlifter that doesn’t look as muscular may be able to lift more weights and actually be stronger.

One last thing to mention about powerlifters, when you hear the word you might picture a big bald guy with a gut and a goatee. Okay some do look like that, but than again some have abs and small waists just like a bodybuilder so don’t jump to conclusions thinking every guy or gal with abs is a bodybuilder.

Once again you may find athletes training side by side with powerlifters and bodybuilders performing bench presses and squats. Athletes are weight training to improve their performance in their designated sport. A football player might be squatting so that they become a faster sprinter and can become more explosive in their tackling.

Many times athletes are training for one rep max strength, just like a powerlifter. At other times they are training certain muscles to improve coordination, explosiveness or to prevent injury. In this case weight training is not the sport but rather a tool used by the athlete to perform better in their sport. How can you tell if someone is an athlete by looking at them? Not sure but they will probably have a t-shirt on with their team name and logo.

People that participate in sports can all benefit from some sort of weight training. The exercises will vary from sport to sport.

These guys are intense. You’ve probably seen them on ESPN throwing kegs, pulling trucks, flipping tires, pressing logs, picking up stones and carrying refrigerators on their backs. You probably won’t see these guys at your local gym because most gyms don’t have the specialized equipment these athletes need.

Strongmen are strength athletes as well. They need to be extremely strong and possess tremendous conditioning. Unlike powerlifting, strongman events aren’t usually for a single repetition. For example if there is a pressing event it will be timed and each competitor will need to press the weight as many times as they can in a designated amount of time.

Strongmen need to have super grip strength, great endurance and lots of power. This is sport of strength not appearance.

As you can tell by the name, weight lifting is a sport in the Olympic Games. The lifts are very explosive and often beneficial to athletes to improve athletic performance in other sports.

What About The Rest Of Us?

Well if you’re not included in the above titles than feel free to give yourself a term. Maybe you’re a weight trainer. Perhaps you’d like to be called a weekend warrior or a gym rat. Don’t like any of those titles? That’s okay why does everything have to have a title anyway? Just remember next time you see someone drinking a protein shake doesn’t mean they’re a bodybuilder. If somebody else is trying to lose some weight for a special occasion doesn’t mean they are trying to become a fitness model. Until next time keep training hard all you fitness enthusiasts. Fitness enthusiast, I think that covers just about everybody!

Men’s Domain note: This guest article is from Mike Westerdal, who writes a Free Online Weight Training Magazine. Be sure to check out his website Critical Bench